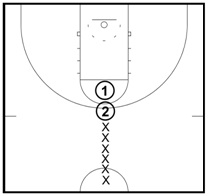 Player one shoots a free throw and tries to make it. If the player misses, he/she must grab the rebound and score as fast as possible. Player one’s second shot does not need to be from the free throw line. He/she can shoot a jump shot, lay-up or whatever is needed in order to score fastest. 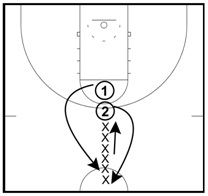 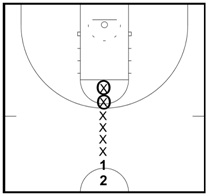 The game continues like this until only one player is left standing.